Few companies make it to the year 100. In the world of media, which is still transforming through the internet, this feat is even more unusual.

In this sense, the centenary of Folha de S.Paulo —a newspaper launched on February 19, 1921, in São Paulo, today the largest city in Brazil— gains historical importance.

In a short time, Folha will become part of the list of centennial newspapers. The daily advances in time without losing its capacity for innovation, credibility, and editorial independence.

Folha is the most widely circulated newspaper in Brazil, according to the Circulation Verification Index. Folha has been a pioneer in the digital subscription model in Brazil since 2012. But in recent months, the media outlet has seen significant growth in the paid audience of its online version, consolidating its leadership in this segment.

According to Google Analytics data in April 2020, the newspaper recorded its audience record, with 73.8 million unique visitors. These readers made 176.9 million visits and clicked on 428.4 million pages.

With the coverage of the coronavirus crisis and the political crisis of the Bolsonaro government, the newspaper also broke records in its Folha Impressa applications.

More than bragging about a successful centenary history, Folha plans to take advantage of the event to discuss the enormous challenges of professional journalism, including encouraging self-criticism exercises.

From February 2021, the newspaper will promote debates and present interviews with big names in international journalism.

This series of discussions will take an outside look - innovations on the digital front in other countries - without losing sight of what happens inside, the reality of an unequal country.

In this sense, Folha will prepare a series of videos with representatives of Brazilian society groups that are often outside the press's coverage.

Amid preparations for the centenary, the newspaper is dedicated to setting up an increasingly diverse newsroom. It does so in the name of diversity, one of the pillars of its editorial project, and to capture the demands of a reading public increasingly engaged in causes such as the fight against structural racism.

This work is mainly under the care of the Diversity department.

Longevity in the lives of people and companies will also be the subject of reflections and articles on the newspaper's various platforms.

Folha is also planning to publish a "100 Years of Photography Collection," with ten hardback books based on the newspaper's rich image collection. The city of São Paulo, childhood, immigrants, and demonstrations are among the themes of the collection.

Throughout 2021, the newspaper will also continue several series linked to the centenary that are already underway. That includes Humans of Folha, which features newspaper professionals who were important for the newspaper's growth.

Other highlights include Historical Interviews, through which the newspaper publishes remarkable conversations with political and cultural personalities. We will also have #TBT, which takes place every Thursday on Instagram and features a little of the newspaper's history, with posts on striking covers, important characters that appeared on the newspaper pages, and other curiosities of this centenary trajectory. 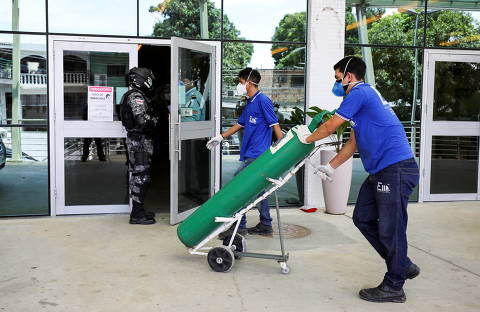 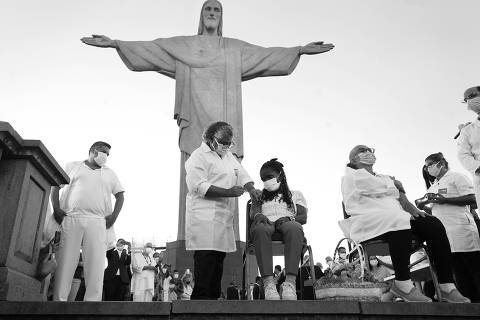