Around 11 pm on December 13, 1968, at Palácio Laranjeiras in Rio, Minister of Justice Gama e Silva and radio announcer Augusto Curi declared the Institutional Act No. 5, known as AI-5, ready. The law, which turns 50 years on Thursday, would go into Brazilian history as the most radical act of the military dictatorship years.

Minutes earlier, Gama e Silva had attended a meeting with then-president Costa e Silva and members of the National Security Council (CSN), the president's main advisory body. At that meeting, they decided on the decree's content. 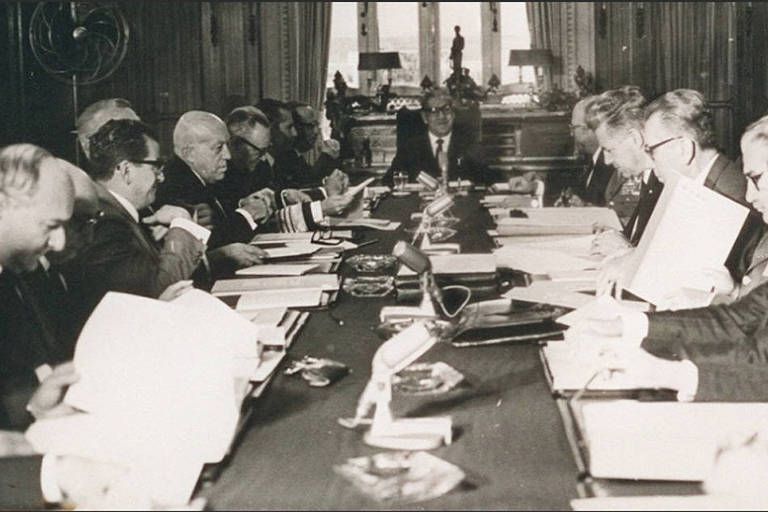 Four years and eight months after the 1964 coup, began the harshest period in the dictatorship. AI-5 conferred almost unlimited powers to the president, such as closing the National Congress and other legislative houses for an indefinite period and repeal any politicians' mandates.

It could also suspend any citizen's political rights and dismiss or retire civil servants. There was no possibility of facing trial in liberty in the case of political crimes. None of these measures was subject to review from any Judiciary body.

Documents produced by the military and reports from the National Commission of Truth show that AI-5 affected the lives of at least 1,390 Brazilians until December 31, 1970, in several walks of life and different categories of public service.

Among the affected were senators and doormen, judges and plumbers. Folha compiled data from CSN documents kept in the National Archives in Brasília, and the Ministry of Aeronautics.

"Young people were severely discouraged. They lost the 'we can change the world' feeling," says David Lerer, a House representative whose mandate was released in the AI-5 wake.