It is not surprising that Bonito has won as the best ecotourism destination in Brazil, according to a Datafolha survey. Brazilians and foreigner tourists are attracted by the same goal: to have direct contact with nature.

There are many attractions to visit there. Among them, the caves attract attention. One of the most popular is the Lagoa Azul (Blue Lagoon), with its crystalline and blue water. The reflected color is pure optical illusion, effect of the incidence of sunlight on the lake, rich in calcium. 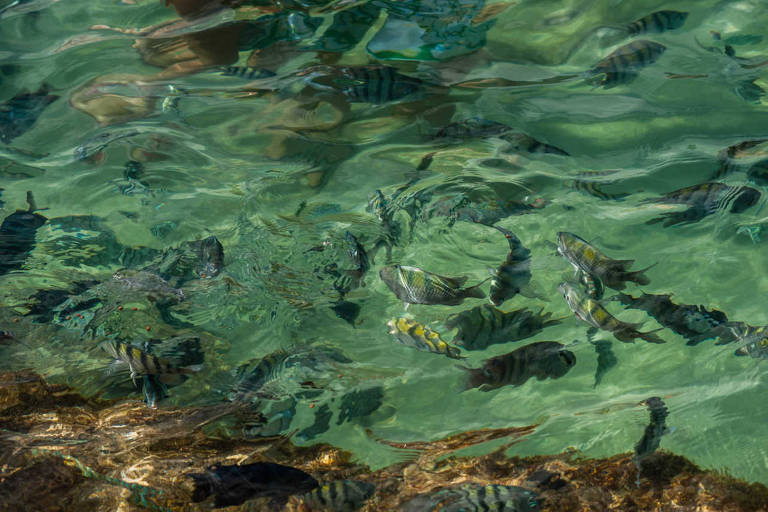 Another cave is that of São Miguel, where the stalagmites and stalactites, formed by the drip of rainwater in the limestone rock, can be seen. On average, according to tour guides, every inch took 30 years to be formed.

The main attraction that motivates the visit of tourists to Bonito are the rivers. They are so crystalline it is possible to see several fresh water fishes gliding closely on the waters.

The river Sucuri ("anaconda", in Portuguese), which has earned its name because it is the habitat of the serpent, is one of them - today, snakes hardly appear. The most frequent activity there is flotation, to contemplate the fishes closely.

There is so much to see and do in Bonito. In Estancia Mimosa, for example, besides the food made in wood stove, typical of the farm, the place is the gateway to a trail that leads to the beautiful waterfalls of the Mimoso River.

Another beauty and postcard of the region is the Buraco das Araras ("macaws' hole), where the birds, somewhat noisy, fly from one side to the other coloring the sky.